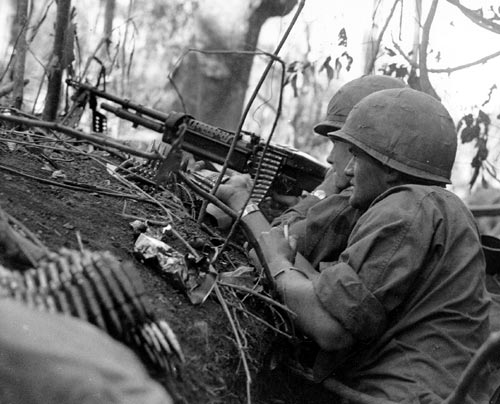 A Quick Story About That Time Raquel Welch Visited Vietnam in 1967
Ever hear the story of when Raquel Welch visited troops in Vietnam? It goes something like this. The whomp, whomp, whomp of the Huey helicopters made conversation almost impossible. Minutes before, they had taken off from the Air Force side of the field at Da Nang. They were flying lead with two gunships as cover. On the right, the Huey Cobra pilot came within a rotor’s distance from the open-sided chopper. “What the hell are they doing?” yelled the door gunner, pulling his M60 machine gun inside the ship to protect it. Those with headsets could hear the pilot chewing out the sloppy flying of some FNG lieutenant.

Ah, Captain, we just wanted a look,” came the reply.

Raquel heard the crew’s lament and stood in the door, holding onto the gunner with one hand and waving with the other. This brought a cry from the chopper on the left, so she started to maneuver to the other side. Then the chopper hit an air pocket and Raquel landed right in my lap. I still remember the looks of shock and envy from the crew. If they only knew.